Cookie preferences
This website uses cookies, which are necessary for the technical operation of the website and are always set. Other cookies, which increase the comfort when using this website, are used for direct advertising or to facilitate interaction with other websites and social networks, are only set with your consent.
Configuration
Technically required
These cookies are necessary for the basic functions of the shop.
"Allow all cookies" cookie
"Decline all cookies" cookie
CSRF token
Cookie preferences
Currency change
Customer-specific caching
Individual prices
Selected shop
Session
Comfort functions
These cookies are used to make the shopping experience even more appealing, for example for the recognition of the visitor.
Note
Statistics & Tracking
Affiliate program
Track device being used
Editorial

What are we afraid of when we watch horror films? Answering this question is not easy: on the one hand, our reactions and playing with suspense and resolution have been trained within us. On the other hand, the tropes in horror films can be used to reconstruct what society fears. Or at least that part of society which determines what is seen in horror films. 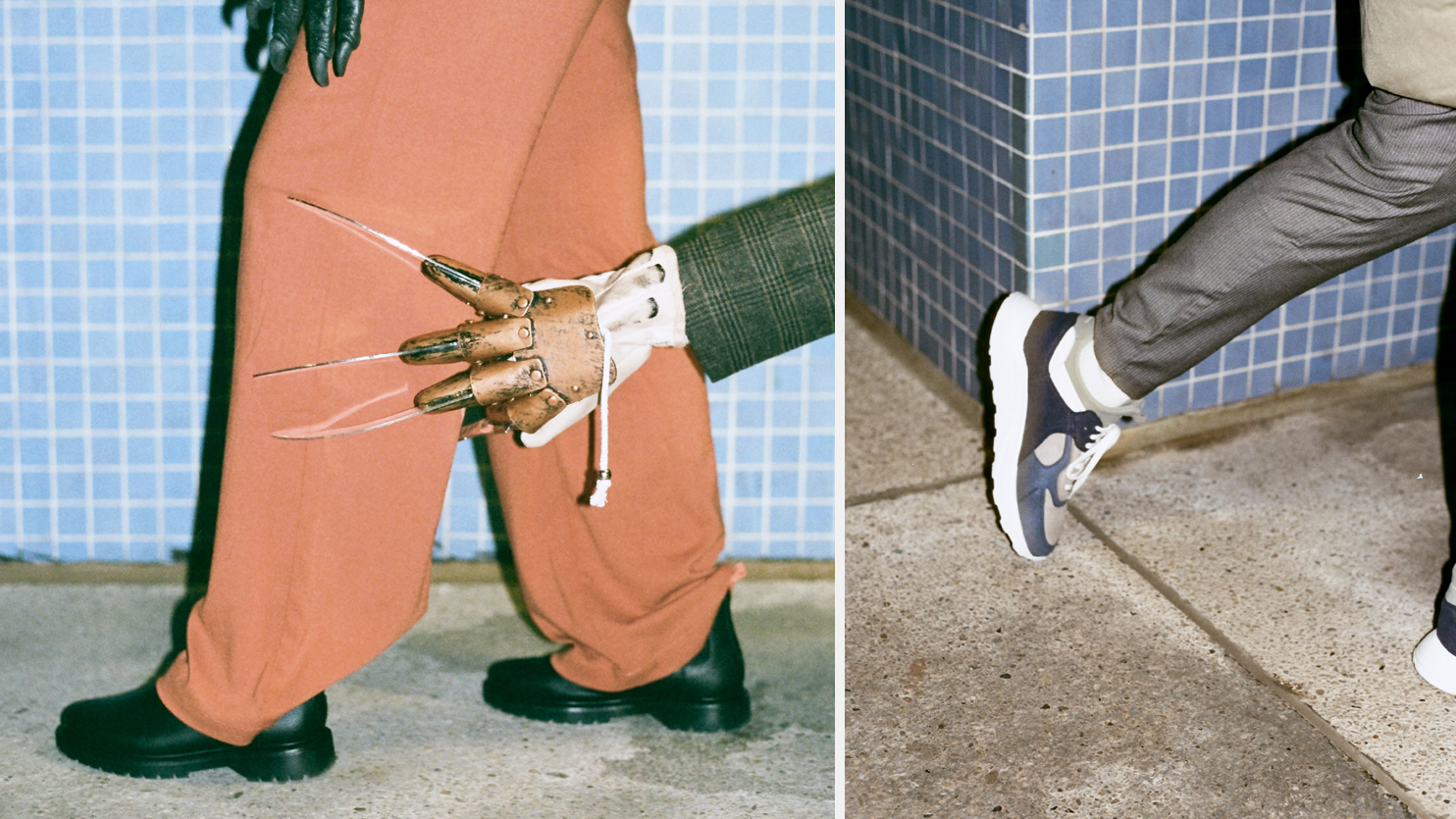 In 19th century Bavaria, Henry Frankenstein creates a monster from old body parts. It goes about its foul business, it murders and is ultimately defeated by the village community. A vampire moves to London and tries to put a young woman under his spell. The head of the local insane asylum and a professor overcome the monster and defeat it. The films "Dracula" and "Frankenstein", both released in 1931, symbolise the classic horror film. The monsters are inhuman, the civil authorities can be relied upon in their fight against the enemy, the narratives are concluded with the victory over evil. There are threats in this world, but there is always order which can be restored.

Many early films in the genre follow this principle: evil is at one and the same time the stranger, the taboo which is broken or monsters which infiltrate civilised society. With them, the fear of the unknown manifests itself. One of the earliest and most prominent breaks with this concept is Alfred Hitchcock's “Psycho”. The monster is human through and through. Norman Bates suffers from a dissociative identity disorder and is a victim of his own trauma. The protagonist in the film overpowers the murderer himself and ends up in a cell. Social order returns, but Bates’s illness cannot be overcome with a wooden stake. While the misfit, the threat, was a complete stranger in the classic horror film, the fear felt by the society shifts to the psyche of one of its own members.

In the decades which followed, horror films were to come closer to everyday life. Mental disorders became increasingly present, the danger ran through one's own neighbourhood and psyche. While the family in “The Hills Have Eyes” still had to travel to the outback to face the horror, the protagonists in “Last House On The Left” are mistreated and murdered in their own neighbourhood. As the film scholar, Robin Wood, writes: “The borderline between home and slaughterhouse has disappeared”. This development presents a society which realises that the horror is an inherent part of itself. According to Wood, normality in horror films is represented by the heterosexual couple, the family, and the institutions which support them. The simple formula of the horror film is: “Normality is threatened by the monster”. The monster varies from the norm and evolves with the fears of society. All too often the monster is a shadow of the normality which it threatens.

The fact that human intervention in horror films becomes increasingly useless, that the victims can no longer rely upon social institutions, and that narratives remain incomplete, is an expression of paranoia. In “Nightmare On Elm Street” Freddie Kruger pursues his victims in their dreams. The dreams themselves are often associated with cinematic experiences. Here the collectively repressed memory returns in the darkness. The young people in "Nightmare on Elm Street" are murdered at their most vulnerable moment - in their sleep. The line between the psyche and reality is blurred, in the final scene it remains unclear whether the monster has been defeated. There is no real escape, the horror can at best be contained. A permanent struggle arises between civil order and its decomposition, in which the civil authorities no longer play a major role. The victims themselves fight against the evil which haunts them. 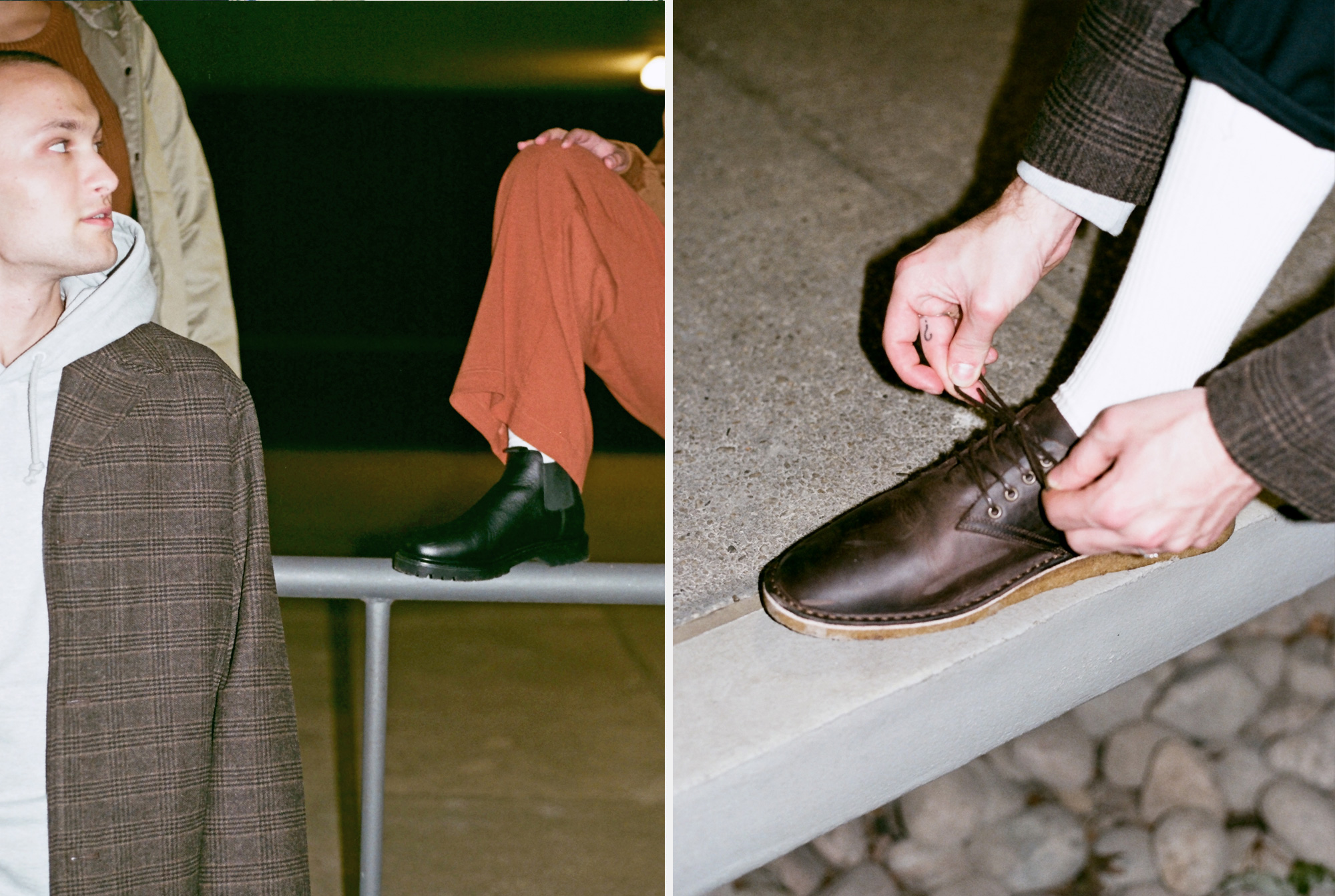 In 1996 "Scream" was released - this is where the full potential of paranoid horror unfolded. The police appear to be completely unreliable. The murderers themselves no longer even have a real motive, they come from the same circle of friends as the victims. In its cross-references to the horror film genre not only is the awareness of one's own postmodernity expressed, "Scream" also shows the ever-present pervasiveness of horror and its violence in the media and in society in the United States. Even the use of film plays upon the expectations of the audience, who are aware of the tricks of the genre. And it is precisely this point which is stressed by the film scholar, Andrew Tudor. Postmodern horror is a dramatic form in which the genre is deconstructed. “We are both willing victims of the technique [of suspense] and simultaneously self-aware parties to its construction”. The monster is not a monster, it cannot be defeated. The sequels of the blockbuster revolve around copycat offenders and the screen adaptation of the original story. The media psychosis from which the horror arises cannot be overcome.

The threats discussed here seem out-of-date today. There are no supernatural monsters, if you have problems with your psyche you can be admitted to a hospital. The fear of violence in the media has long since become ridiculous, from time to time it is heated up by the middle-class, so that the blame for real acts of violence is alternately blamed on video games or gangsta rap. However, social paranoia has not decreased. In “Get Out”, which appeared in 2017 the pervasive fear of the black population of the racist majority society is dealt with. In “Parasite”, which appeared in 2019, the horror lurks in the perfidious structures of turbo-capitalism.“Hereditary”, one of the most highly acclaimed films of the genre in recent years, drowns the audience in feelings of guilt and shows no escape from its own tradition.

Society's fears are revealed in horror films. Because the genre is so diverse, it's not always just the fears of those who scream the loudest. They have to be taken seriously. In an ideal situation, the audience feels itself addressed – and thinks about how to cope with the horror shown. That shows, however, that film is politics in practice, it raises awareness and serves as a mouthpiece in the struggle for a better world. Conversely, it reveals the mechanisms by which fear is instilled in us. Mainstream pop culture creates panic regarding "misfits" instead of embracing, accepting, and celebrating them. We can learn from horror films. We can learn to determine and address our fears ourselves so that one day we can live without fear. There are no horror films in Utopia.

Sources: Robin Wood, Hollywood from Vietnam to Reagan ...And Beyond. New York, 1986.Andrew Tudor, From Paranoia to Postmodernism? The Horror Movie in Late Modern Society. London, 2002.

Text and photo by Till Wilhelm

This website uses cookies, which are necessary for the technical operation of the website and are always set. Other cookies, which increase the usability of this website, serve for direct advertising or simplify interaction with other websites and social networks, will only be used with your consent. This setting can be changed anytime by clicking the link "Cookies" in the footer. More information
Configure absolutely necessary